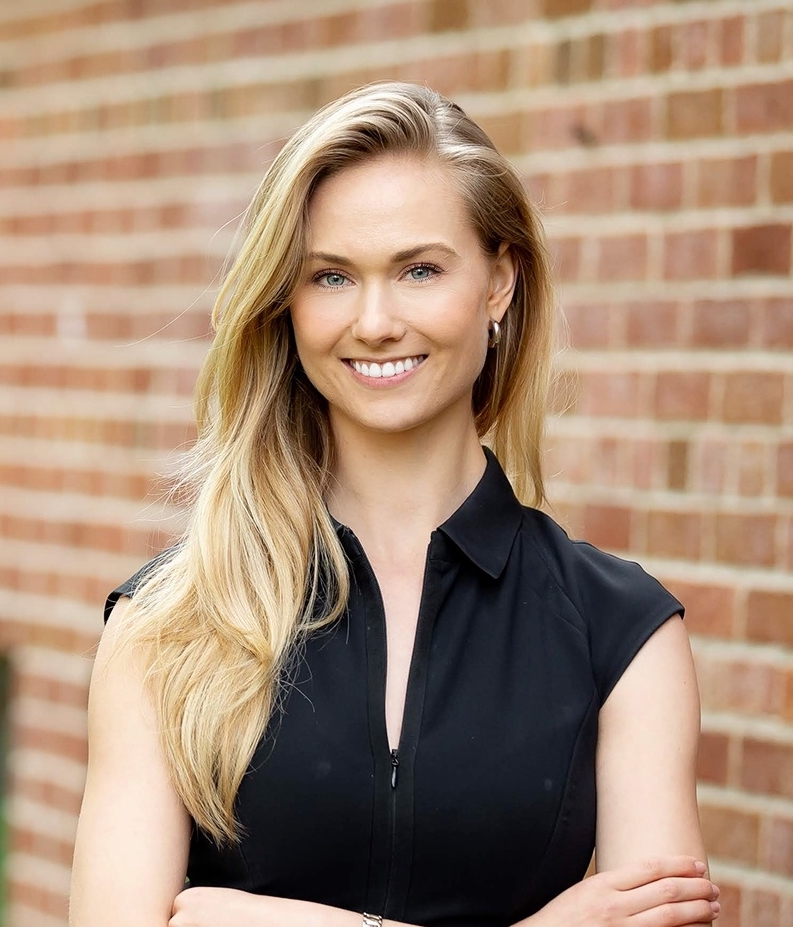 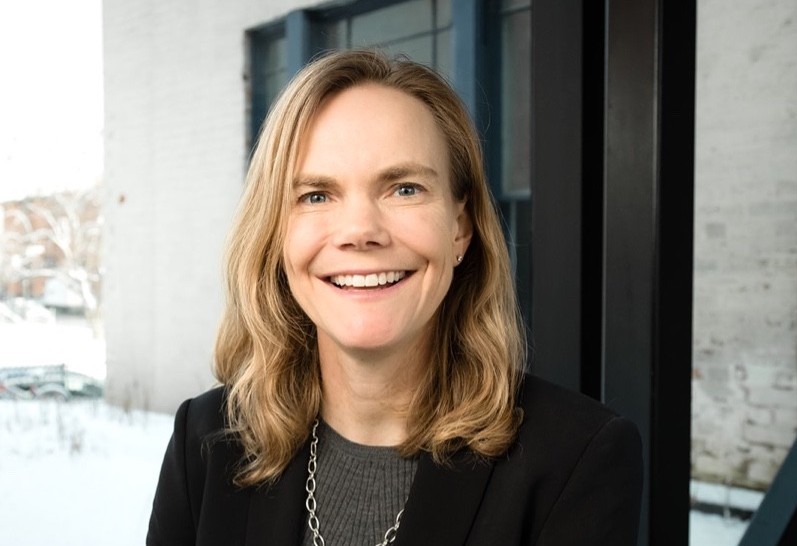 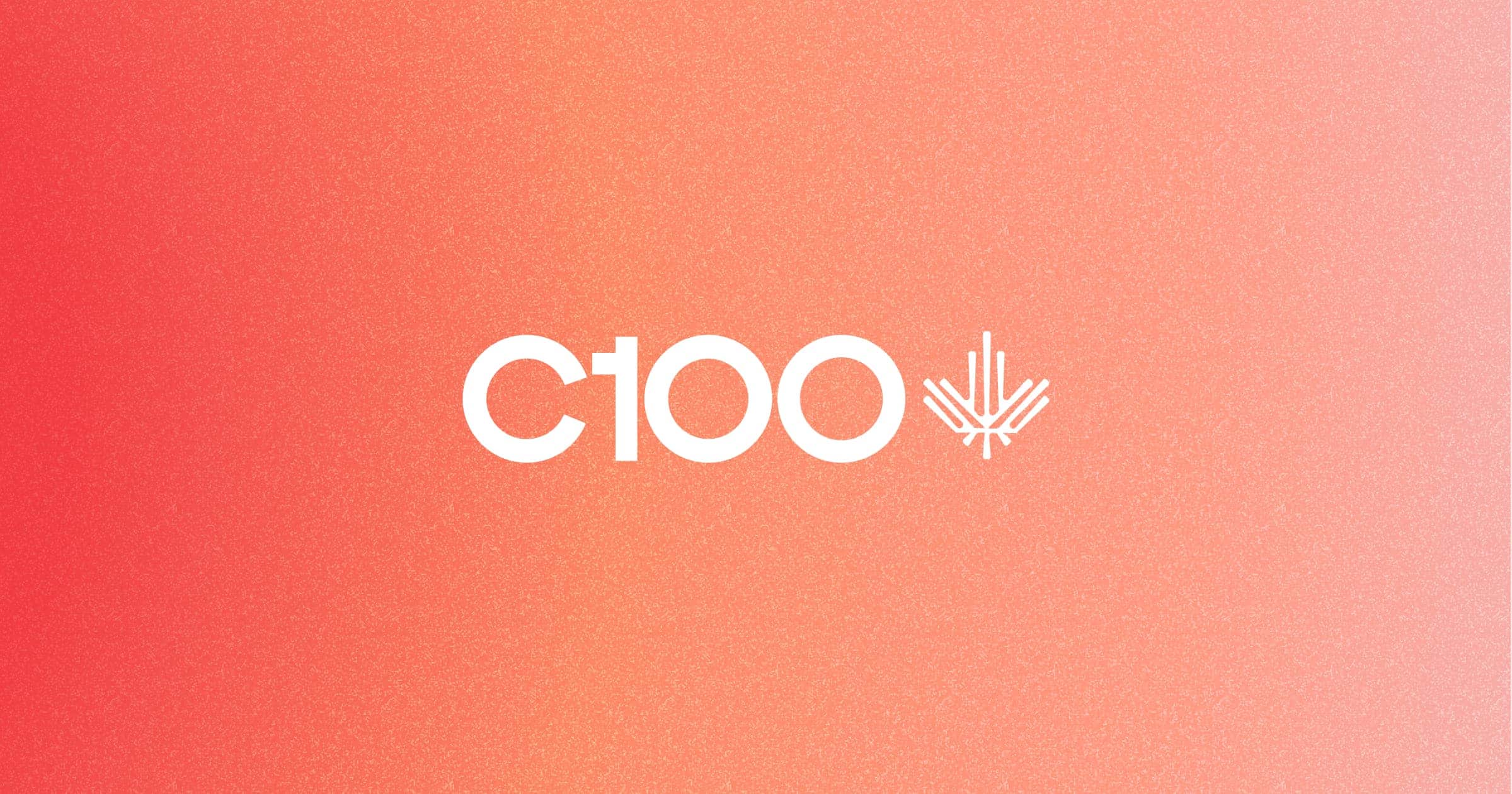 C100 is proud to welcome Janet Bannister (Managing Director of Real Ventures) as our incoming Co-Chair this July 2021!

A force in her own right, this is a particularly special announcement for the C100 Community as Bannister becomes the first C100 Co-Chair to be based in Canada (Toronto) and, for that matter, the first anywhere outside of the Bay Area. Bannister will take the reins fromCo-Chair Shari Hatch Jones and will co-lead the C100 Board of Directors alongside Co-Chair Andre Charoo. Previously, Janet served as a beloved C100Board Member, Charter Member and is recognized as an outspoken champion and advocate in the Canadian tech ecosystem.

“Janet is a titan in the Canadian technology community. She is adored by our Members, and has been a long-time supporter of C100. She is the perfect person to lead our Board, alongside Andre Charoo, in partnership with me and our team to carry the C100 through its next phase of impact.” — Laura Buhler, CEO of C100

Currently, Janet is the Managing Director of Real Ventures, which she joined in2014, where she became the first woman to lead one of Canada’s largest and most active early-stage venture funds. Janet’s career has many highlights, including founding and launching Kijiji.ca and growing it to become one of Canada’s most visited websites. She has held roles at eBay in Silicon Valley, Procter &Gamble, and McKinsey & Co. At Real Ventures, in addition to leading theFirm, she works actively with over a dozen companies, helping the founders to accelerate growth and create meaningful impact.

While we could have an article solely dedicated to Janet’s accomplishments and her impact on the Canadian tech ecosystem, it’s best to hear it directly from her! So, to mark the announcement of Janet’s new post, we sat down with her to learn more about her career and vision for C100.

How did you first become connected to C100 and what “clicked” for you to get involved on a deeper level?

I heard about C100 shortly after joining Real Ventures in 2014. Having lived in Silicon Valley and being familiar with that environment and the community there as well as understanding the Canadian tech community, I immediately understood why the mission and vision and C100 was so powerful and how it could help accelerate growth of great Canadian companies.

In addition, I have travelled and worked around the world and have consistently found that when I meet other Canadians, there is an instant bond and connection. I think this is driven by our shared Canadian values and love for Canada. C100 is founded on this bond and Canadians’ desire to support one another.

What do you hope to accomplish during your time as C100’s co-chair?

My vision is to shift C100 from an organization that is focused on “bringing the best of Silicon Valley to Canada” to being the preeminent global network of Canadians in tech. This means building the C100membership globally and developing the platform to enable Canadians around the world to connect to one another at scale.

What does it mean to you being C100’s first Co-Chair in Canada / based outside of Silicon Valley?

I think this represents a shift in the organization, away from “bringing the best of Silicon Valley to Canadian tech companies” to laying the foundation for a global tech community. And I think that shift is a direct result of the maturation of the Canadian tech ecosystem.

ON RETURNING HOME TO CANADA AFTER YEARS LIVING ABROAD

“As a proud Canadian, I am incredibly excited about what the next ten years will look like for the Canadian tech sector.” — Janet Bannister

Having had quite the global career, why did you return back home to Canada? What were you most looking forward to with you're repatriation?

Yes, my husband (who is also Canadian) and I were living in Silicon Valley. We were loving our exciting careers, the easy access to incredible nature, and our great new friends. But I am a Canadian at heart and I wanted to return to Canada to have our family in Canada and to build our lives here. I am incredibly grateful for the years I spent living and working in Silicon Valley; it was a wonderful experience, I learnt a ton, and I still keep in touch with many of my eBay colleagues. But Canada is a unique country and Canadians are special people; this is where I wanted to build my career and family for the long term.

The Canadian tech ecosystem is just getting started.

This year is likely to be a record year for Canadian VC funding; already, three of the top five venture capital financings have happened in the first six months of 2021.

This Canadian growth is partially driven by a global boom in venture capital, which is propelled by significant amount of capital available for funding, a recognition that tech companies will transform every industry and therefore the potential exit valuations of the highest potential tech companies is incredibly high, and an ability to do investments faster as investors have become comfortable investing based on zoom calls.

In addition, beyond these global trends, Canada is benefiting from three Canadian-specific forces: i) deep pool of tech and entrepreneurial talent, thanks to world-class universities and an immigrant-friendly country; ii) easy access to global markets, enablingCanadian companies to sell globally from day one; and iii) flywheel of Canadian success in which the network effects of a successful start-up ecosystem have taken hold and are accelerating.

As a proud Canadian, I am incredibly excited about what the next ten years will look like for the Canadian tech sector.

At eBay, you witnessed quite the meteoric rise of the company, growing from 2,500 people to 25,000 during your time there. Playing akey role in the organization during this time, what were some key lessons learned on managing periods of rapid growth.

I loved my time at eBay and am very grateful to have spent those years in Silicon Valley as a senior member of the company as it was more than doubling in revenues every year. One of the things I learnt was the importance of keeping your values and mission consistent while continually iterating on your strategy and operating plan. eBay grew very quickly because the company kept true to its core values and its mission of being an independent marketplace and creating economic democracy while simultaneously and continually testing, iterating, and expanding the core offering by launching new categories, adding new ways to buy and sell, and entering new markets.

I also learnt about the critical importance of having the right people on the team who can thrive in a rapidly changing business environment. This requires people who care deeply about the company’s mission and who can grow their own skills as quickly as the company is scaling. In those early years at eBay, the company was rapidly expanding in every dimension and as a result, the organizational structure frequently changed as the needs of the business changed and new business opportunities emerged. In an environment like that, success is largely dependent upon people willing to go outside their comfort zone and move into different roles with new responsibilities.

You managed to not only launch and build the wildly successful Kijiji business in Canada, but also to launch it in the United States, Belgium, Switzerland, and Austria. What is your number one piece of advice for tech leaders looking to break into new markets?

The key is to understand what elements of your proven playbook can you reapply in new markets, and what needs to change because of the unique nature of each market. This requires a deep understanding of the local customers, competitors, and market dynamics. For instance, with Kijiji, the buy & sell category was very similar across countries but the dynamics and practices of renting apartments changed significantly by country, so we needed to change the way the real estate category worked in each country. Canadians are particularly good at recognizing and appreciating the unique characteristics of a culture and this gives them an advantage when launching businesses in new countries.

What are you most proud of as a venture capitalist?‍

It is incredibly rewarding to work with ambitious, mission-driven founders and be part of their journey as they evolve from founders to leaders and as their companies grow from local start-ups to international, industry-defining companies. Their determination and personal growth inspires me every day.

In terms of Real Ventures, the success I am most proud of is the tremendous impact that Real has had on the growth of Canada’s tech sector. We are firm believers in “a rising tide lifts all boats” and our commitment to growing the Canadian tech ecosystem has been a core value since the Firm was founded. Real has invested in 250+ Canadian-based companies and 750+ Canadian founders over the past 14 years. We launched - and continue to run - FounderFuel, Canada’s longest running accelerator, that has launched many of Canada’s most promising tech companies including Sonder, Mejuri, BenchSci, Unsplash, Paper, and others. We also helped to bring TechStars to Canada, in both Toronto and Montreal. In 2017, we launched Front Row Ventures, a university-based venture fund run by 50+ students across 20+ campuses in Ontario and Quebec. This fund has invested in 25+ student-led companies, many of which have gone on to raise significant follow-on rounds from top tier investors. And more recently, Real supported the launch of Rep Matters, an initiative to raise the profile of Canadian Black entrepreneurs and investors. 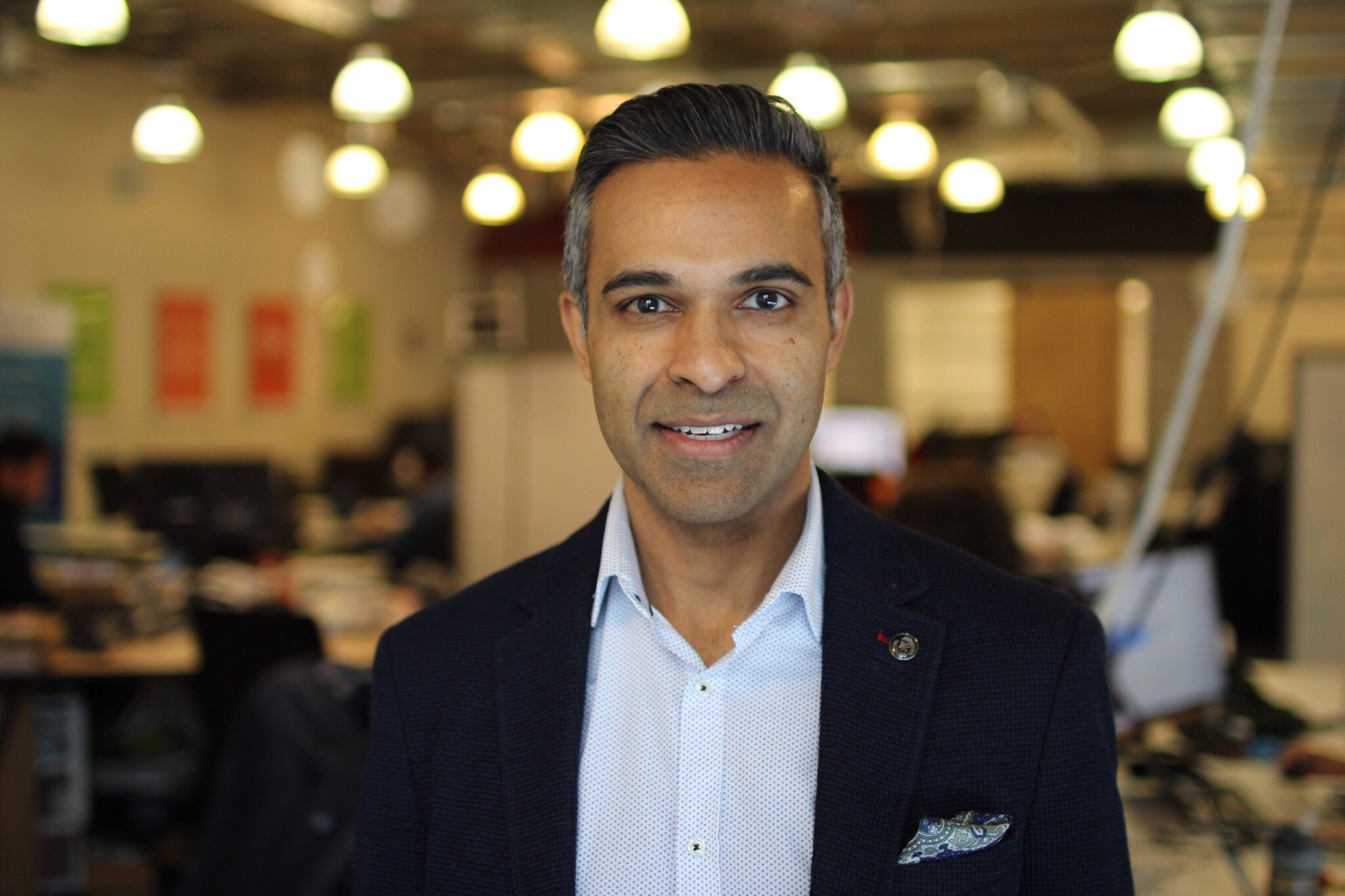 Have you heard of C100? We’re building the preeminent global community of Canadians in tech 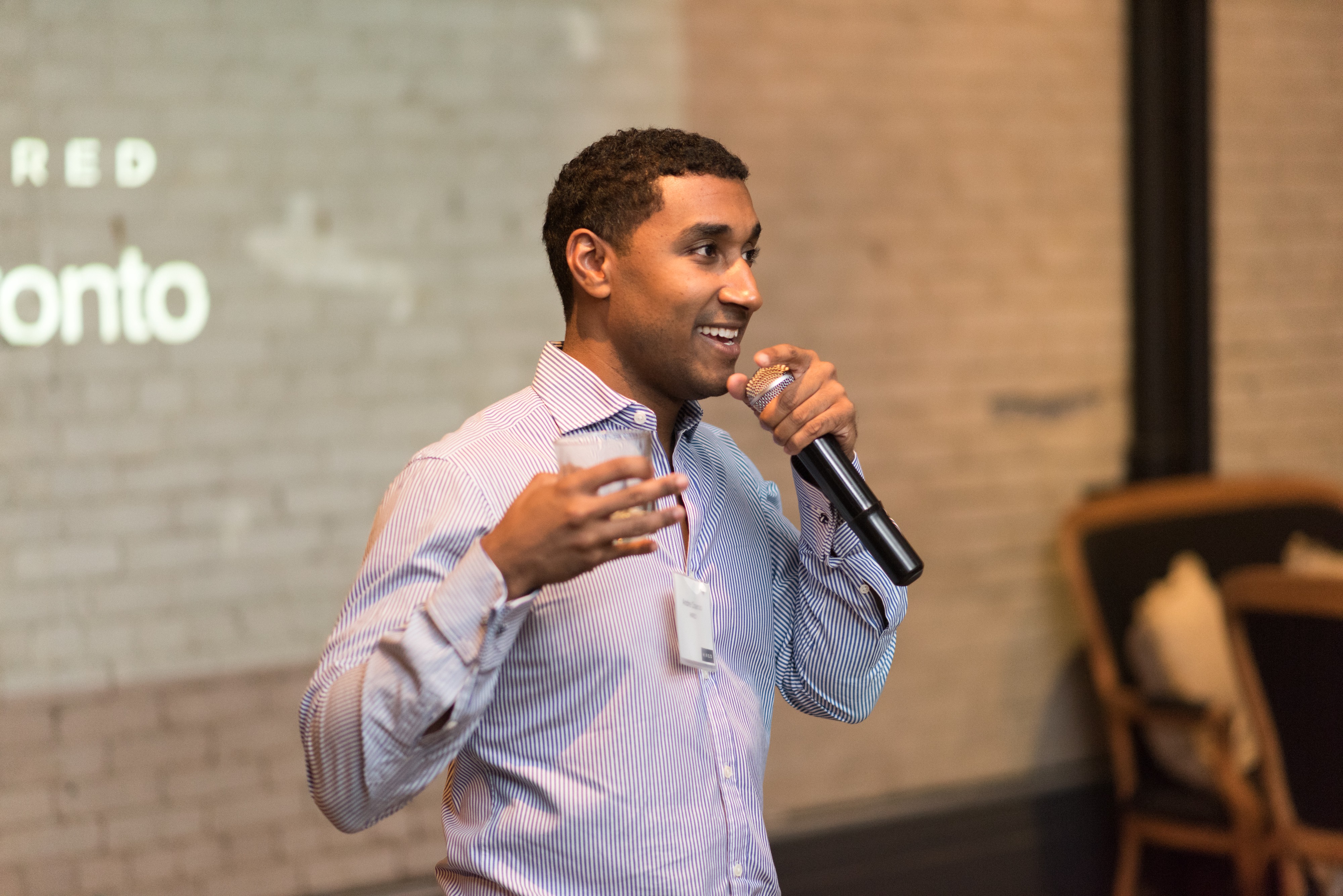